Be Best Friends First, Never Give Up – Meet The Fishers

Be Best Friends First, Never Give Up – Meet The Fishers

Rhapsody CrossFit athletes Alice and Jeffery Fisher share their story of finding love, making a comeback and raising the bar on relationship goals.

Faster than you could wave the start flag, Alice and Jeffery were off to the races. Introduced through mutual friends, the two began circling each other at NASCAR and dirt track events. Playing it cool.

Building on a budding friendship, the rubber met the road when Alice offered to take Jeffery on as a client through her travel agency. Shooting his shot, Jeffery subtly shifted a work meeting into a casual lunch date. That was more than 20 years ago. 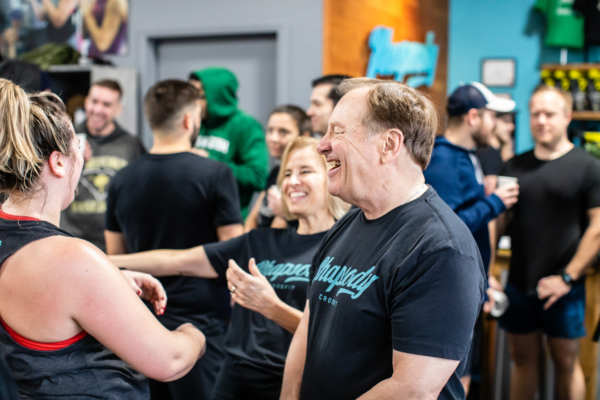 Meet the Fishers. (Photo by Valerie and Ed Photography)

“We started talking and we haven’t stopped since,” said Alice. “That was it.”

In May 2004, the two tied the knot making a giddy gaggle of six to include Jeffery’s sons and their furbaby, Hannah. For seven years love birds built a new life together in North Carolina full of social outings, adventures and exploring whatever struck their fancy. They were inseparable.

Then the unexpected happened. Jeffrey had a stroke. For 11 long nights, Alice stayed by his bedside in the hospital – she refused to leave until he came home with her.

Coming home did not mean coming out of the woods. Jeffery could not speak and suffered from severely impaired mobility. The pair decided to move back to Pennsylvania to be close to his team of physicians and naturopathic medical experts.

“Then it was like, now what? We went from one thing to the next – if something stopped working, we’d try something else,” said Alice. “It made us stronger because we were together before, but now we’re together a whole lot more. It’s a team thing – we still work at it together.”

Although they knew recovery would be a long, arduous road, neither could say how or where it would wind. Despite all that, there was never a question that they would walk this path together. 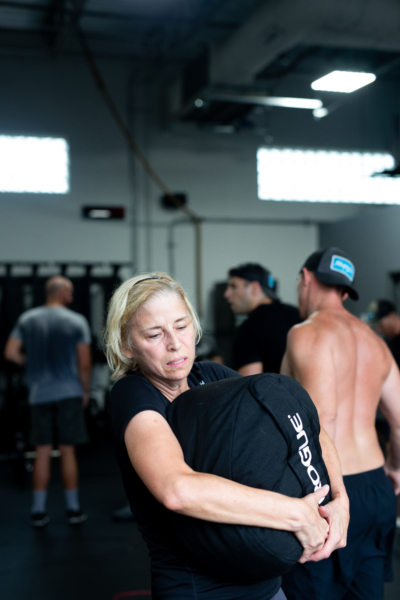 “She stuck by me. I give her a lot of credit because she was there for it all,” said Jeffrey. “And I didn’t stop. I just wouldn’t stop.”

Slowly but surely, Jeffrey made progress with Alice at the ready to push or pull with relentless courage, encouragement and persistence. His speech crept back. His balance steadied. His movement improved.

Even with having to reinvent their routines and reimagine their relationship, the Fishers found that their communication and connection progressed too. Everything had changed, and yet, they found comfort and confidence in each other.

“For me it was the natural thing to do – to help him,” said Alice.

In 2017, the two made their move to Charleston to be closer to Jeffery’s sons. This step was symbolic of turning the page and starting a fresh chapter.

Fully aware of the positive influence fitness had had on his recovery, Jeffrey’s first priority was to figure out his new workout regimen here in the Lowcountry. That’s when the Fishers met their new neighbor a few doors down, Dr. Maysa Hannawi with In The Box PT.

Starting with workouts in the apartment complex’s small gym, Maysa built Jeffrey’s mobility, strength, balance and confidence. With a little coaxing, she talked him into trying one of Rhapsody CrossFit’s adaptive athlete events.

That first Rhapsody event turned into one-on-one personal training sessions and, before long, Jeffery was taking weekly classes. Much to his surprise, the programming was adaptable and attainable – combined with prime coaching, barriers and limitations quickly became solvable puzzles with profound physical and emotional effects. 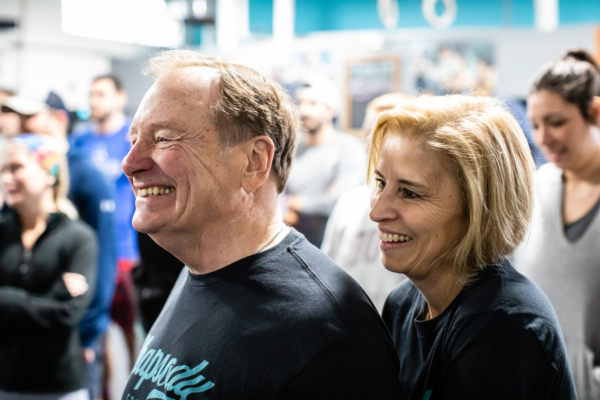 “Alan, Trinity and Stan just fit. They saw the things I couldn’t do and were on top of it,” said Jeffrey. “And then it started to work. Then I could do it.”

Alice, however, took more convincing. With hesitance, she tagged along one day – just to watch. It wasn’t long before Coach Alan Shaw saw her sitting off to the side and, well, we all know how long that lasted…

Chuckling, both mused, “There’s no getting lost in a crowd or hiding in the corner at Rhapsody.”

Never setting hands on a barbell and having forgotten how to jump, Alice found herself slinging dumbbells and clearing boxes before you could say, “3-2-1-GO.”

“The coaches keep at it. They worked with me to understand my fear or resistance…they can figure it out and they don’t give up on you. Ever.”

Watch out, world, this shebeast is out!

Renowned among the Rhapsody community as the ultimate power couple, you will find Alice and Jeffrey at classes throughout the week and as a staple at Sweaty Saturday.

Although each has made Rhapsody their own, the gym is now an extension of the Fishers team effort towards becoming their best peppered with a little friendly competition, accountability and encouragement.

“I bust his chops and he does the same to me, says Alice. “Both of us love it so much that we miss it when we don’t do it.”

Through sickness and in health – when these two promised to stick together through it all they meant it and then some. Decades later, the poster children for partnership goals tell us that raising the bar on your relationship begins and ends with one thing.

“Never, ever, ever give up,” says Jeffrey. “Be friends first and friends always,” adds Alice.

A true team in all things and all ways, Alice and Jeffrey prove that faith, trust and persistence are what move us forward, and that, come what may, we are stronger together.

Ready to get your fitness on with incredible people like Alice and Jeffery? Let some Rhapsody into your life today. 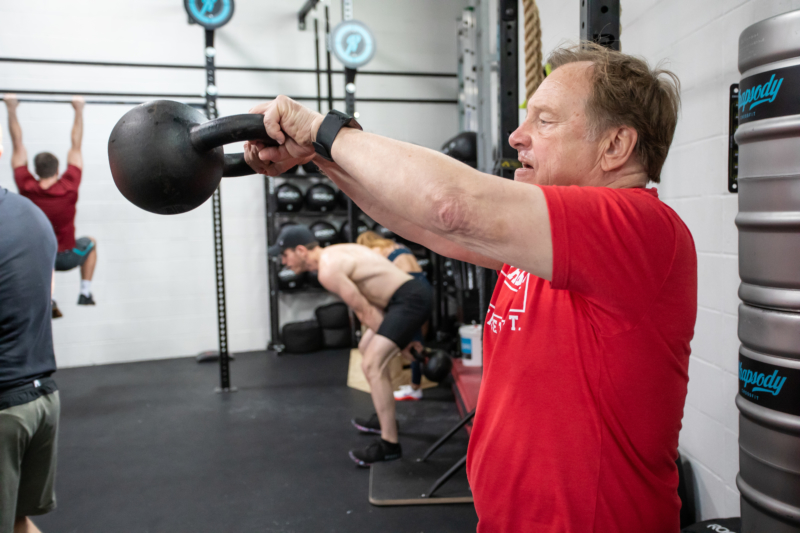