Anyone, Not Everyone: Meet Rhapsody Athlete Caitlin Guthrie

Anyone, Not Everyone: Meet Rhapsody Athlete Caitlin Guthrie

Raising the bar on what it means to be a hungry athlete, Caitlin Guthrie has an insatiable appetite for chasing down the competition and becoming her best.

What is your story?

I grew up in Chicago and went to University of Kansas for undergrad. After graduation, I took a few years off living in Chicago then came to Charleston to start Physical Therapy school at the Medical University of South Carolina (MUSC) in 2016. Now I am a new(ish) graduate about a year into practicing in Summerville at a standard outpatient orthopedic clinic with dreams of opening my own clinic or working at a cash-based practice with more of a focus on the active population. I grew up doing team sports including soccer and lacrosse along with club lacrosse in college. 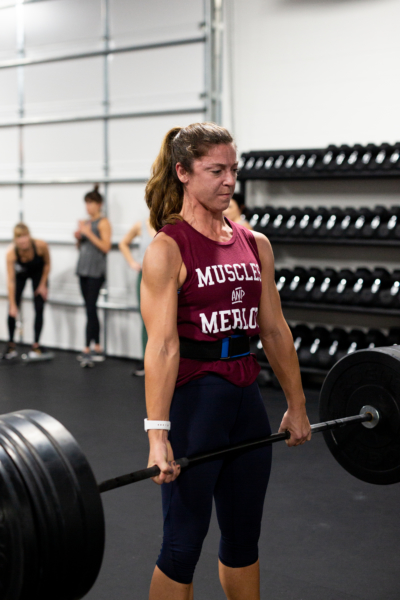 After undergrad, I struggled with not having a team and fitness community anymore. I started running, and even ran a few marathons, but that was too much of a solo activity for me. Eventually, I found CrossFit through ClassPass in Chicago – I was pretty much hooked from the start.

What brought you to Rhapsody?

After beginning my CrossFit journey in Chicago, I quickly sought out a new gym in Charleston. I was there for a few years slowly building my strength and aerobic capacity. However, I struggled with being sore and beaten down week in and week out – I wanted to find a different approach to programming and coaching. When Rhapsody came to town, I went to a few Hampton Park workouts and did a WOD in the gym before the rig was even put up. I trusted that the community at Rhapsody would be something special, so I made the switch.

Coach Alan laughed with me as I started dropping minutes off my old benchmark times. I was getting stronger and faster without so much volume – mind blown. Then I realized both the community AND the programming would do wonders for me.

What have you gotten out of your experience with Rhapsody?

My fitness has improved so much having come to Rhapsody from shattering Olympic lift personal records to slaying benchmark workouts like Murph.

At the end of the day, however, I could improve my fitness to some degree almost anywhere. What I’ve gotten most out of this gym is an amazing group of friends and broader community that loves to work out just as much as I do.

To the Rhapsody community you are a prime example of what it means to be hungry – tell me about that drive to be better and what motivates you?

Admittedly, I am very competitive (shocking). So, for me, from the beginning I just wanted to be the best I could be. Something about picking up heavy shit is so satisfying. I love to hit new PRs and always strive to “win” even when it’s just against my old self.

Chasing down some of the other incredibly fit people at Rhapsody is quite a challenge too, and I just love every second of it. I want to win but having something/someone to strive for is especially motivating.

And, of course, I am literally just plain hungry all the time….sometimes even hangry.

Join Caitlin for some friendly competition at Rhapsody Fitness today!