They came together, put in the work and, now, Team Rhapsody sets their sights on the 2022 CrossFit Games Semifinals at Granite Games – the final stage of qualifying for athletes across the globe hoping to compete in the 2022 NOBULL CrossFit Games in Madison, WI.

During the Team Quarterfinals stage, Team Rhapsody placed 28th overall in North America out of 175 teams. They are the only team from South Carolina competing at the semifinal stage.

Forces on their own and driven by a shared drive to win, this team knows that coming together will mean no-holds-barred going into the Granite Games.

“We have prepared rigorously for this. It’s time to show our hard work,” says Tyler Watkins. “We’re about to see who’s really about the action and who is a home gym hero.”

“This is my last competitive season,” added Stephanie Rodriguez. “So I am going to give all I got.” 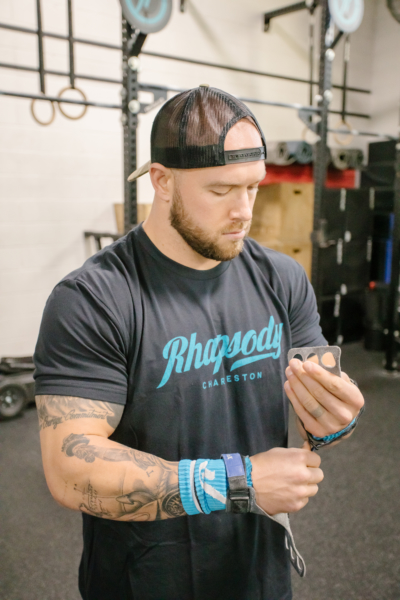 Once again, Team Rhapsody is made up of a rag-tag group of fitness elite who are full-on adulting by day and finding windows whenever possible for copious drills, skills and training in between.

Juggling full-time jobs, parenting and more, they’ve clawed their way through a relentless regimen currently requiring multiple sessions a day up to 6-days a week.

When asked what training looks like right now, Rodriguez explains, “We dedicate weekends to team training with double sessions on Saturday and sometimes on Sundays. Throughout the week, we work on our individual training, but if two of us can get together, we will tackle paired workouts.”

With plenty of sweat equity invested, they all feel there is still work left to do citing communication, building team trust and mastering the worm as the main focal points for training going into Granite Games.

“We are all really good individual athletes,” says Lundin. “If we can master how to work together as a team we can do some really cool things.”

When asked how the Rhapsody family can best support the team, Rodriguez says, “Don’t be scared to join in and suffer with us during the week when you see us doing our individual workouts. We don’t bite and we love the company!”

Cristian Mathes adds, “Continue doing what you’re already doing and have been doing – cheer us on when you see us hurting, be there on game day if you can, or watch online, and know that we’re doing this to make y’all proud. We’re here to represent our gym in the greatest way we know how.”

In short, don’t be shy with the loud and proud support, encouragement and solidarity.

Stephanie was born in Puerto Rico and raised in upstate New York. After doing gymnastics for 12 years and competing in the Junior Olympics with the USA field hockey team, she transitioned to CrossFit becoming a two-time regional team athlete and making it to the 2018 and 2021 CrossFit Games as a team athlete.

When it comes to competing, Rodriguez is a performer – able to put her head down and do the work with gymnastics skills in spades. She is currently focused on enhancing her conditioning and hating burpees a little less.

Finding his way to a CrossFit gym during his college days, circa 2013, Jordan became a full-time CrossFit coach and remote trainer. He was based in West Virginia and Washington, DC before deciding to head south to Charleston.

A speed demon and Swiss Army knife athlete, Jordan is doubling down on his 1-rep max lifts and heavy squats.

From Stuart, Florida, Mathes was a competitive gymnast until breaking her back at age 13. Recovery meant hanging up the leotard and finding CrossFit in 2012. Graduating from USC in 2017, Mathes got back into competitive CrossFit leading her to Carolina CrossFit’s regional team in 2018. Moving to Charleston from Baton Rouge in January 2021, Mathes is a true Shebeast with a barbell and maven with gymnastics. She is working on embracing the hurt.

A husband and father of two incredible boys, Luke (3) and Easton (8), Tyler moved to Charleston in 2021 after a promotion to run the Nashville Branch and the state of Tennessee for Camfil USA, an international air filtration company. Starting CrossFit in 2016, he first got into the sport to get in shape for the military post Division I football.

Decently talented, Tyler is a force through discipline, drive, stamina for suffering and, above all, a relentless want to win. He is working on weighing less and getting upside down more. 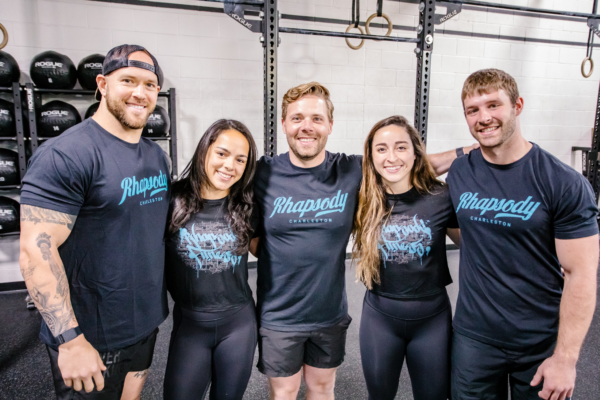