If you’re new to the CrossFit community, you might’ve heard something about a workout called “Murph”. And if you’ve been CrossFitting for a while, you’ve probably done this workout every year on Memorial Day.

Murph is a CrossFit Hero WOD done by CrossFit athletes all over the world on Memorial Day. 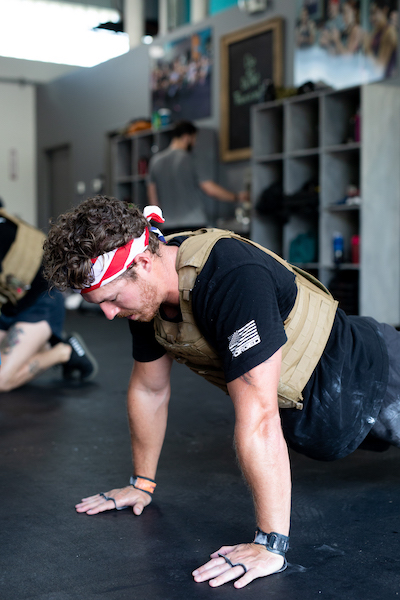 Why We Murph on Memorial Day

This Hero WOD is named after Lieutenant Michael P. Murphy, a Navy SEAL who was killed in action in Afghanistan on June 28th, 2005. While under enemy attack, he knowingly left his position of cover to communicate his team’s location and request support. For his sacrifice and bravery, he was posthumously awarded the Congressional Medal of Honor.

Murphy regularly performed the workout we know as “Murph” today as part of his own training. His name for it was Body Armor, and as you might guess, he did the same workout while wearing body armor (which is why Murph, as prescribed, includes the 20# weight vest).

Memorial Day is a day to remember all those who’ve died while serving our country. The CrossFit community has chosen to show support for those who’ve given their lives by performing Murph on Memorial Day.

This workout is challenging; it’s no secret that it’s tough. But Murph is not just a go-to CrossFit workout where you try to set a new PR. It’s so much more than that.

Every year, we choose to do Murph to pay tribute to all of those individuals who have sacrificed something for us. This workout reminds us of Lieutenant Murphy and all the other heroes who have died for our freedom.

So this year, when you’re tired, with busted up hands, and struggling through that last mile, remember. Remember why you Murph.